Has the thought crossed your mind that you may have been hacked? Find out what to look out for and what you can do if your phone has been hacked,

Cyber-attacks are becoming increasingly common. No gadget is immune to them. Unfortunately, everyone is susceptible to being hacked. Hackers won’t hesitate once an opportunity arises. Even if there is no real financial or personal benefit, they will still take their chances.

One of your safest bets is to create easy to remember but hard to guess passwords on every account you have. If you are already doing this, you’d still need to frequently change them to remain secure. See our Top Password Tips for more information.

All nice and good, but has my phone been hacked? 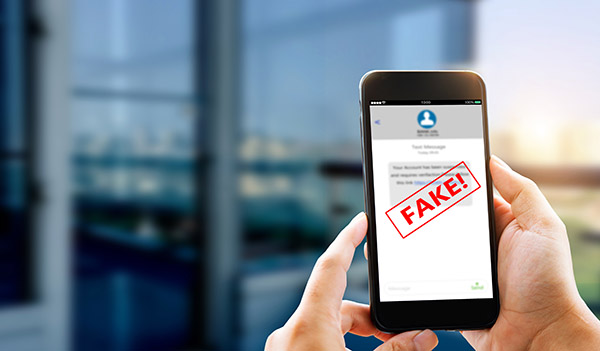 There’s no straight yes or no answer to this. If you notice unusual activity in any of your online accounts, you should get suspicious.

More and more online brands (like Google, Facebook, Microsoft, Amazon and even Netflix) are becoming more accomplished in spotting when there’s strange activity on your account.

They know which devices you log into and usually trigger a notification or email if they think something isn’t right. Some now also require an extra step of validation to help prevent hacking.

Sometimes the problems would show on your actual phone hardware. For example, this could include losing charge quickly or running unusually slow.

You need to be aware of some of the tactics that hackers use to manipulate you, which may help you to avoid getting hacked in the first place. Before we go into what those are, here are some signs you might notice on your smartphone:

Hacking encompasses different severity levels. It can range from overtaking a Facebook account to committing a massive financial fraud. A good number of smartphone users have experienced a hacking attack to a small degree at least.

Big hacking attacks usually start small with a simple phishing link. Phishing links are malicious links found in texts, emails or websites. Their aim is to direct you to the hacker’s site where they collect information you unknowingly provide to them. All it takes is for you to click before it all snowballs.

Skilled hackers know that the longer they remain undetected, the better for them. They often develop sophisticated techniques to appear legitimate and fool you.

How does a phone get hacked?

Hacking is a mystery to most people. Hackers hack using social engineering techniques. This is the fancy term for the tactics they use to reach you through texts, emails, calls and more.

As a user, you’d need to take some sort of action to enable the hacker to access to your smartphone. For example, responding to a text/email or clicking on a spam link which then asks you to type in personal details.

What is a brute force attack?

This is an old school hacking method which still works wonders. A brute force attack is like a guess game of passwords. Apart from passwords, they can also figure out pattern combinations, encryption keys and other login information.

Once they guess correctly, they force their way into your account(s). The process can take from minutes to even years to succeed (imagine the persistence!). You’ll only realise it once you lose access to your accounts.

Another sign could be some sudden glitches on the hardware or software of the smartphone. That is why it’s important to change your passwords on a frequent basis. Make it as hard as you can for hackers to guess!

What to do if your smartphone has been hacked?

Get rid of the hacker as soon as you realise that he/she’s laid hands on your phone. You can start by changing all your passwords. Especially on apps that contain sensitive information such as bank apps.

How to remove a hacker from your mobile phone

Hackers prey on unsuspected users. It's important to keep up with their new hacking strategies and act cautiously. Don’t take your smartphone’s security for granted as you never know what could happen.

Even better, you can insure your phone for extra protection, including cover for unauthorised usage.

How to protect yourself from spam and hackers

Catfishing: how to stay safe online